Toxic explores ideas of the toxic, and of toxicity – substances and people that threaten and destabilize conventional notions of purity.

The film shows two protagonists in an undated time, a punk figure in glitter (Ginger Brooks Takahashi) and a drag queen (Werner Hirsch), both of unclear gender and origin. They linger in an environment of glossy remains, of toxic plants and transformed ethnographic and police photography. While the punk gives a speech on toxicity and a performance referencing early feminist art works, the drag queen reenacts an interview of Jean Genet from the ‘80s and blames the filmmakers for exposing her to the police-like scenario of being filmed. The camera turns and depicts the space-off, the space outside the frame.

What happens if another technology and its history – film and photography instead of chemical substances – is scrutinized from a perspective of toxicity? 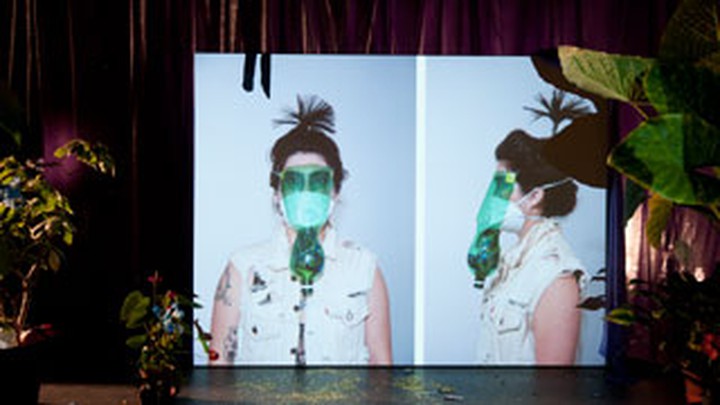 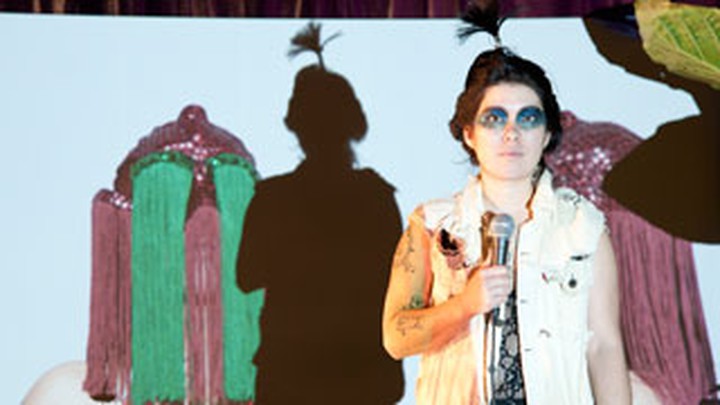 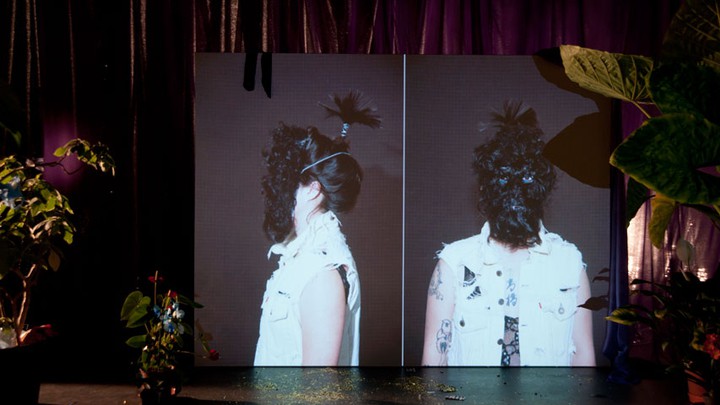 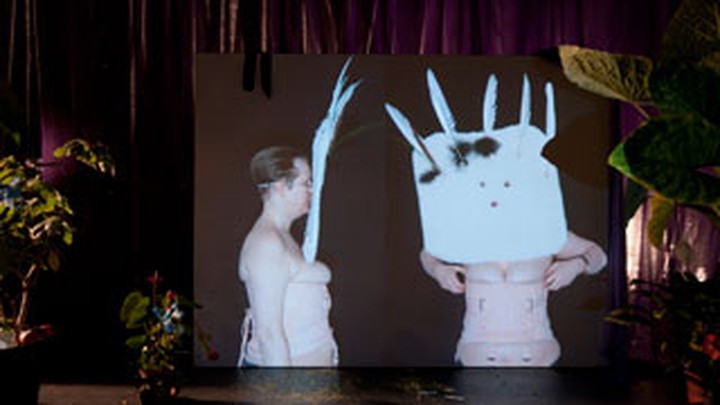 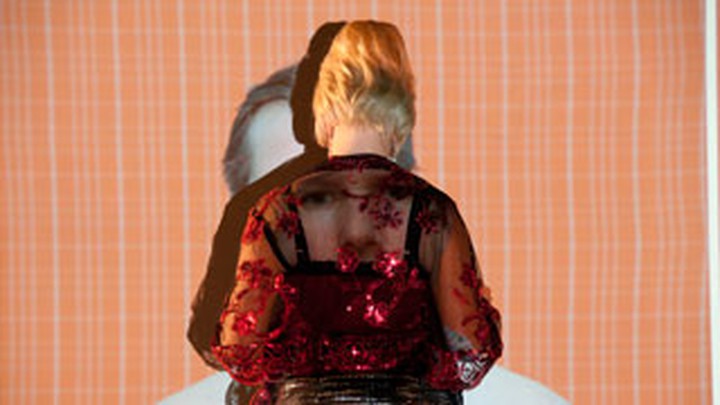 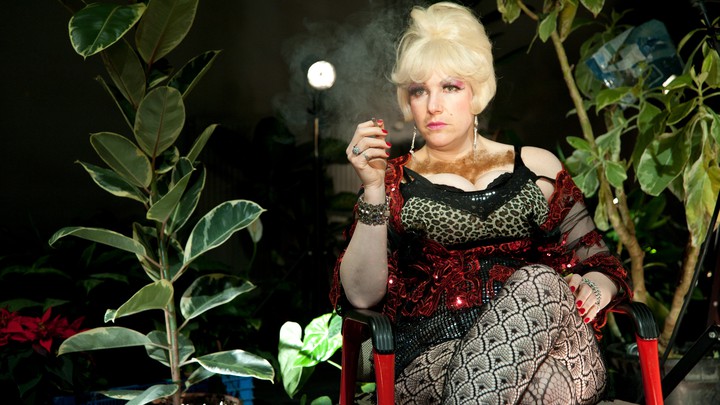 Exhibition views at the Kunsthalle Wien, 2015 and Gwangju Biennale, 2016 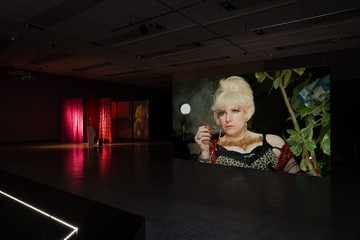 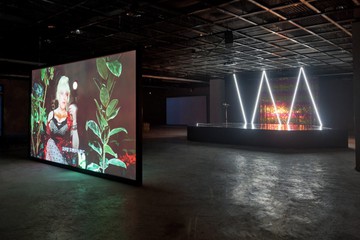 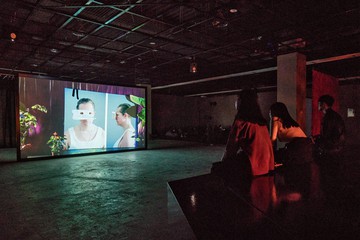