No Future / No Past is a film installation comprising two almost identical films that work on punk archives from the period between 1976 and 2031, investigating the radical negativity, the self-destructiveness and the dystopia of this past moment. This work takes another look “anachronistically“ at the punk policy of aggressively slating and rejecting the present without ever proposing its own movement as the guarantor of future social justice.

The installation quotes in its form Ronald Tavel`s play „The Live of Juanita Castro“, where an onscreen director is feeding the performers their lines. The performers stage and practice outmoded acts and sentiments of the past that have been deemed useless, taking over the positions of musicians from the punk movement: Darby Crash, the gay band leader of The Germs, Poly Styrene the singer of the very influential band X-Ray-Spexâ€, Alice Bag, lead singer of the LA Band The Bags, and Joey Ramone, singer of the band The Ramones.

„Utopia is a stage, not merely a temporal stage, like a phase, but a spatial one“. (Jose Esteban Munoz) 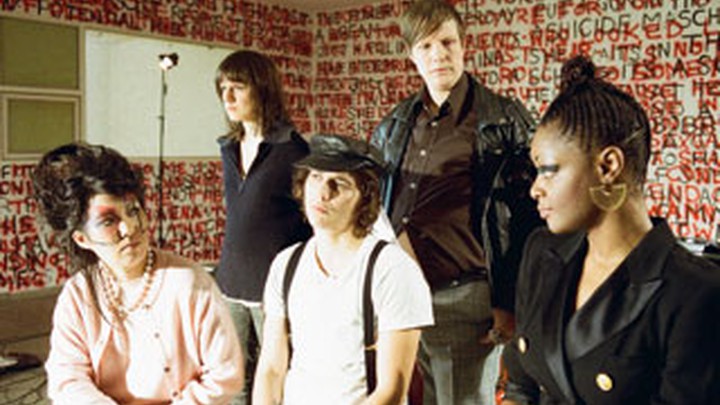 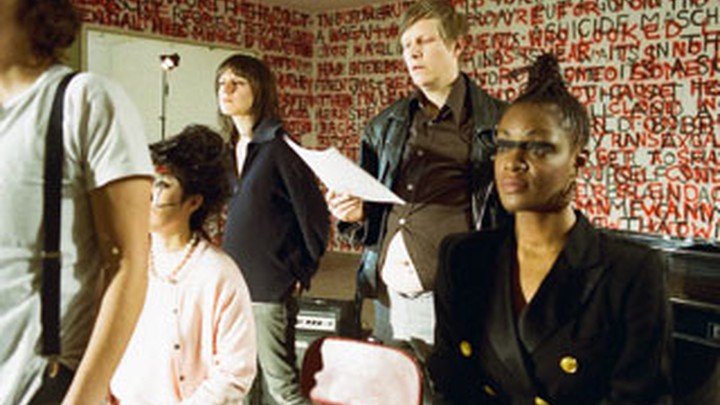 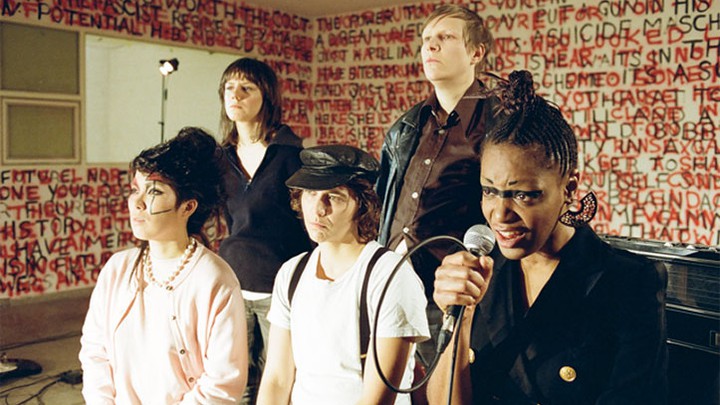 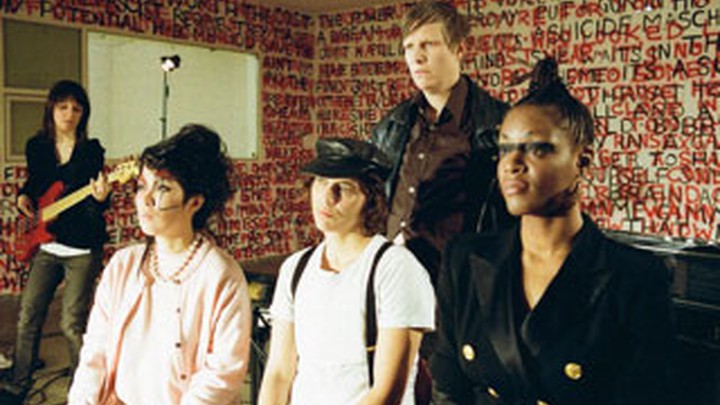 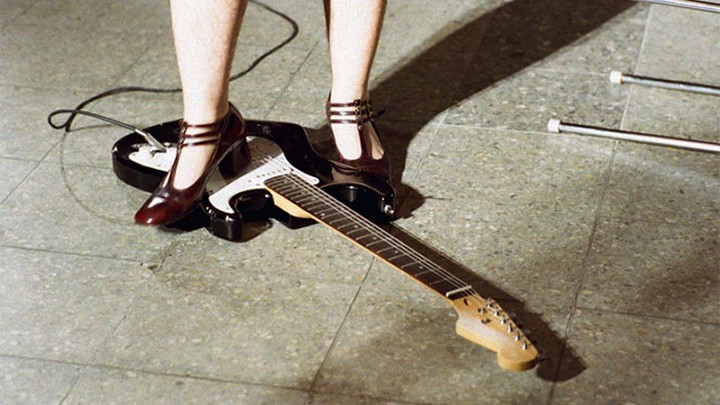 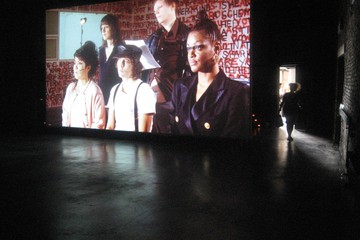 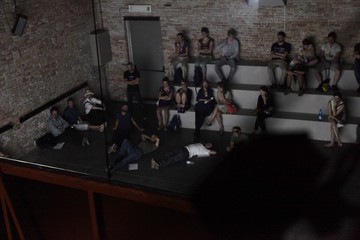 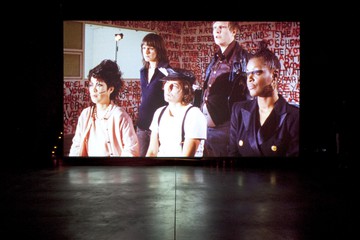 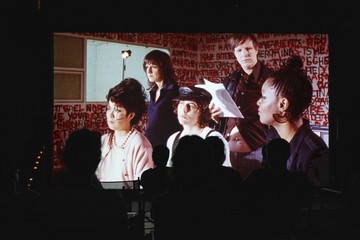