The film installation is based on a script that plagiarizes from the texts of punk poet Kathy Acker as well as the chats and addresses of former intelligence analyst Chelsea Manning.

Acker‘s poetic strategies of appropriating and recombining text fragments, as well as switching identities, provoke a rereading of Manning‘s public disclosures. Both, revealing important sensitive military and diplomatic documents through Wikileaks and exposing transgender identity is enacted in the performance as a strong resistance against imperial war and a transgression of the ways in which gender and sexuality are deployed in the service of the military.

The film‘s „I“ seems to dwell in a time and place of post-identity while at the same time juggling the violent burden of not only one but multiple defiant identities from different times and places. Performer Sharon Hayes delivers a speech in a setting that refers to an early reading by Kathy Acker in 1977. It takes place in the scenery of a deserted club, where the disco lights recall the lights of a searching helicopter. Hayes‘s performance is filmed in one take but by two cameras, which seem to follow their own scores and which produce two–only slightly different–films at the same time.

Exhibition views at the Kunsthalle Zürich, 2015 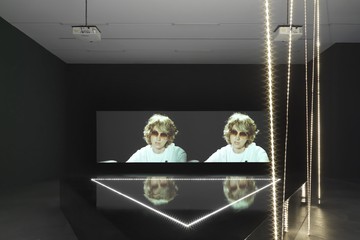 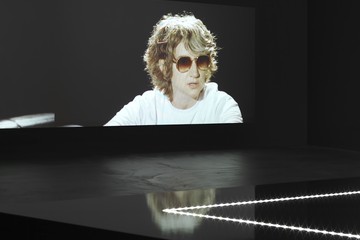 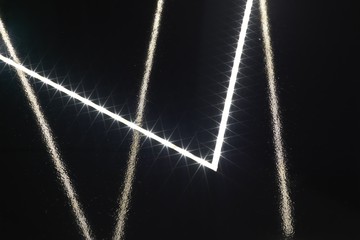 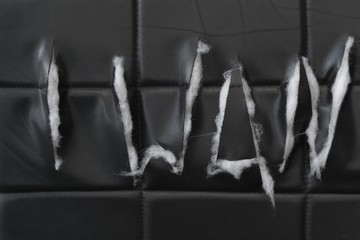 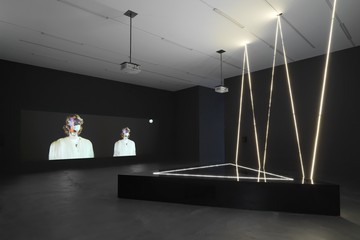 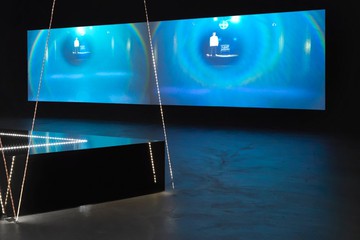